Most five-year olds learn to read with Dr. Seuss and The Cat in the Hat. Michael Zapcic was three when he discovered how to read turning pages in the four-color worlds of Iron Man, Avengers, Captain America, Superboy and the Legion of Superheroes.

Today, Mike still reads comics and thanks to his years of reading and a nearly photographic memory, he is widely recognized as one of the most knowledgeable people alive on all things Marvel and DC. His encyclopedic knowledge of comics, graphic novels and pop-culture television and movies extends into some indy material as well.

And he’ll be the first to tell you he’s got the greatest job in the world. Zapcic began his career at Jay & Silent Bob’s Secret Stash (The Stash) in 2000 and is still in awe that he is able to make a living doing something he is so passionate about. If you’re looking for a rare Marvel back issue, or you want to know in which episode an obscure DC character first appeared, Mike is your guy.

In addition to helping Walt Flanagan run the store, Zapcic hosts several weekly podcasts including, “I Sell Comics” with Ming Chen on Kevin Smith’s radio network S.I.R.: SModcast Internet Radio, “The Ming & Mike Show”, and “Dinner and a Podcast”, both available on several podcast networks including, Fanboys, Inc., Podcast Detroit and Fan Fest. They are also for download on iTunes. Mike also travels around the country appearing at comic book and pop culture conventions as a speaker, panel moderator and contest judge. Sometimes, lucky con-goers can find him hosting a friendly game of Cards Against Humanity.

When he’s not collecting, educating, manning the register, podcasting or con-going, Mike is probably filming the hit AMC unscripted series, Comic Book Men, right in the Stash on Broad Street in Red Bank, NJ. Now in its 6th season, the show is a consistent favorite in its time slot and has amassed a legion of devoted fans who appreciate comics, collectibles and the bond shared by five friends who enjoy comics almost as much as each other’s company.

Zapcic, who resides in Long Branch, NJ, is busy rebuilding his comic book collection after Hurricane Sandy flooded his home and destroyed some of his most prized possessions. Mike met and married his beautiful wife Julia after she noticed him reading a copy of Wizard: The Magazine of Comics. Together they have two boys, Mitch and Daniel. – 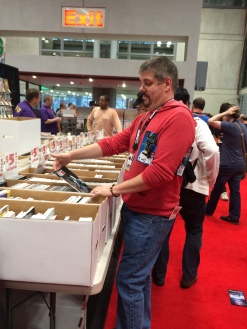 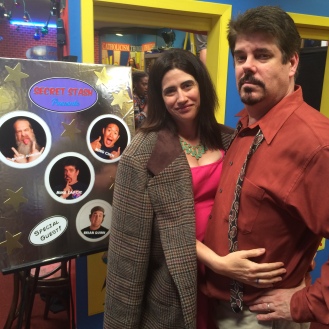